If you own a life insurance policy or you are thinking about buying one, you must be very careful that you name your beneficiaries correctly.  If you don’t, you risk subjecting the payout to taxation or other issues like estate recovery through medicare. It is important to know that more than one person or entity may be named as the beneficiary to one contract, and you can name back up beneficiaries in case that person passes away before the insured person.

Beneficiaries Are Designated By The Owner

The beneficiary is designated by the owner of the contract.  Generally speaking, the owner has great leeway to designate whomever they wish as beneficiary, so beneficiaries have wide ranges of relationships to the insured. The only requirement is that a beneficiary can only be named ifs an insurable interest exists, meaning the beneficiary needs to benefit from the existence of the insured, either emotionally or materially.

Beneficiaries can be changed at any time by the owner, but only the owner can make this change.

How to Choose a Beneficiary 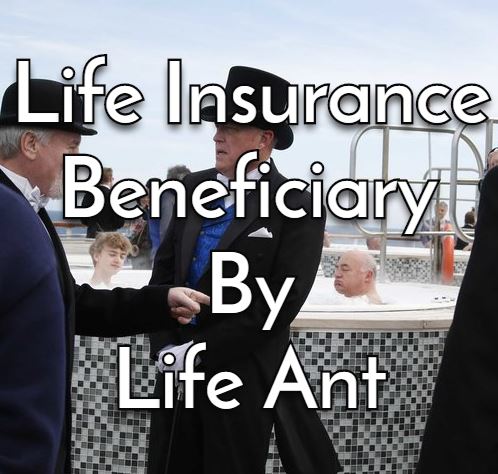 Typical Relationship Of Beneficiaries To The Insured

Common beneficiaries to life insurance contracts are spouses and children of the insured. However, other blood relatives such as grandchildren, friends, employers or business partners, trusts, and even charities are other examples of people and entities are sometimes named beneficiaries.  Life insurance is purchased for a reason.  It protects the financial interests of a person or people that survive the death of the insured person.  Usually, these are family members that depend upon the income from the insured person to survive.  It is not uncommon for it to be a business relationship though, where the death of the insured person would potentially cause material financial harm to the business.  Because of this, a business partner or even employees, or owners, are often beneficiaries to life insurance policies.

Per Stirpes and Per Capita

A per capita distribution will divide funds between all living members in each designated “branch”.  In the same two-child example, even if both children are still living, if they have borne any children themselves, they will split the death benefit in equal proportion with every child.  For instance, if one child has borne two grandchildren, and the other has borne none, there are now 4 beneficiaries to the contract who will keep 25% each of the death benefits.

One of the great advantages of life insurance is that the death benefit can be passed to the beneficiaries tax-free in most instances.  If no living beneficiaries are named the death benefit will be paid to the estate, and it becomes subject to taxation at this point.  It can also be subject to certain clawbacks, such as lawsuits or liens, or medicare recovery. The estate may also not reach those that the insured would most like to enrich with the death benefit since it is often divided by courts.  For these reasons and more, it is very important that a beneficiary is always named for every life insurance contract so that the money reaches exactly who it is intended to reach with the lowest chance of being taxed.