There is a single major motivation behind buying life insurance: to financially protect your family in the event of your death. 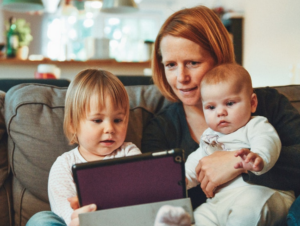 Of course, there are several additional side benefits, such as funding your death expenses and borrowing from the cash value element available with certain policies, but the main reason to purchase coverage is to support loved ones after you’re gone.

According to Money Crashers, life insurance helps out beneficiaries by replacing your income, covering child expenses, paying off your debts and estate taxes, and ensuring that your family doesn’t need to cover your funeral and death costs.

But many people have more than a single person in their lives that they’d like to support through their life insurance coverage.

That’s why one of the most frequently asked questions about life insurance is “can I have more than one beneficiary?”

The answer to the titular questions is, in short, yes.

Yes, your life insurance policy can have more than one named beneficiary.

In fact, naming several beneficiaries in your life insurance policy is a very common practice. It’s easy to do as well.

There are several different ways to go about it. Each of these approaches has its own set of pros and cons.

Remember, you can update your life insurance beneficiaries at any time – even if you already have a policy.

Ensure your life insurance covers multiple beneficiaries with either the per capita or per stirpes approach.

Because those buying life insurance often want the benefit to extend to their entire immediate family, the lineage line is often used.

An example from Nerd Wallet outlines a scenario in which you have four children. Each of these children will receive 25% of the payout (unless a portion was set aside for your spouse).

This changes slightly if one of your children dies before you die. In this case, each still receives its 25% original payout. The additional 25% is then divided equally into three sperate parts.

In other words, anyone named as a primary beneficiary will receive the agreed-upon (usually equal) portion of the benefit.

Instead of the named beneficiary being the sole recipient of the payout, that person’s family line is used instead.

Using the same example as from above, if you have four children named as beneficiaries that are all alive when you die, they’ll each receive 25% of the payout.

The difference is what happens if one of them dies. Instead of the remaining benefit being divided among your remaining three children, it goes to the dead recipient’s family, most commonly their children.

Some types of life insurance actually grow in value over time.

One example is a universal life insurance policy that has an increasing death benefit the longer you keep it.

This means that the final death benefit can sometimes be higher than expected when you bought the policy.

Trusted Choice states that this can sometimes become a problem if you specified a dollar amount instead of a percentage amount in terms of how much will go to each beneficiary.

If the policy is worth $120,000 when you die, a potentially long and frustrating legal battle could loom for the beneficiaries related to how the remaining $20,000 is divided.

It’s almost always better to designate a percentage instead of a dollar amount.

Not everyone wants to name their life insurance beneficiaries when they first buy their policy.

In that case, there’s an alternative option in the form of a life insurance trust.

To set up a life insurance trust, you simply create a trust for your heirs and designate that trust as the sole beneficiary of your life insurance benefits.

You can then set up the exact way in which you’d like the life insurance benefit to be divided with the lawyer that help you set up the trust.

Though there are several reasons to choose a life insurance trust, perhaps the most common is if you have children that are minors (and could still be if you die, such as unexpectedly).

Life insurance companies won’t pay out death benefits to minor children. Setting up a trust with minor children in mind can help prevent any time consuming and expensive legal issues.

How to Choose Your Beneficiaries

It might seem straightforward, but many people have a difficult time selecting a beneficiary for their life insurance policy.

The most common choice is a spouse and children. These are often set up as the primary beneficiaries of the life insurance policy.

No matter what, the most important factor to consider is who needs financial support most.

In other words, the person (or persons) that relies the most on you financially, and will be the most impacted by your death, should be the recipient of your primary death benefits.

Naming a beneficiary for your life insurance requires some thought.

Many people realize they’d like to name more than one beneficiary, most often a spouse as well as children (and sometimes grandchildren).

Luckily, it’s easy to set up your life insurance to have multiple beneficiaries. In fact, you have several different options to do so in the way that best benefits you and your family.