Insured And Owner Can Be the Same Person

The insured and the owner of the life insurance policy are often the same people.  This is perfectly legal, and not unusual.  When the insured person and the owner are the same person, it needs to be understood that this may affect the tax treatment of life insurance death claim payouts.  We always recommend checking with a tax adviser on the most tax-efficient ways to plan for your estate.  Generally speaking, a death claim will be paid free of tax if it avoids the estate by passing it to a living beneficiary.

The only time a life insurance benefit is paid is upon the death of the insured unless in rare circumstances this can be accelerated prior to death in the case of a terminal illness.  No other associated party to a life insurance contract will trigger a payment to beneficiaries on a claim.  If the owner of a policy is separate from the insured person, the owner’s death will not trigger a claim.  A new successor owner must be named, but the death benefit will not be paid unless the insured person has an event to initiate a claim.

This is sometimes confused by a policy surrender or loan.  A permanent life insurance policy does have a cash value, which can be accessed by the owner at any time through a withdrawal, partial surrender, or a loan.  If the owner and the insured person are different people, the insured person does not have the right to access the cash value of a policy.  Taking money from the cash value is not the same as a claim payout and can be subject to tax if there is a gain.

Some Policies Have Multiple Insured Persons

Some life insurance contracts have joint insureds.  There are two forms of joint life insurance, first to die, and second to die.  In a first to die policy the death claim payout is made upon the death of the first insured to die.  This is the more expensive of the two policies but can be a less expensive option than two separate insurance contracts.  This is most commonly used between spouses where the first to die would trigger a death benefit paid to the other spouse.

The second type of jointly insured policy is second to die.  This is a less expensive option, and a death claim is triggered by the death of the second insured.  In other words, both insured persons must pass before a claim can be filed by beneficiaries.  This type of policy can have a number of different applications such as estate planning or a less expensive insurance option for a family with children that need to be cared for if both providers were to pass away.  Parents can leave kids a lot of money when they both die.

Rules On The Insured

Insured Person Can Never Be Changed 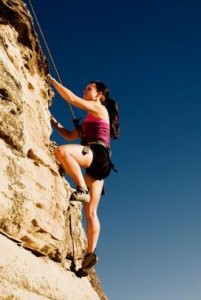 An insured person can not be changed once the policy has been written.  All other parties relating to a life insurance contract can be changed in most circumstances, such as the beneficiaries and owners.  The insured person can not change though, because the risk classification and pricing on the insurance policy were underwritten for one specific person.  If an insured was allowed to be changed, everyone would underwrite the policy on a young healthy person and then change to an older unhealthy person.  This would allow inexpensive underwriting to take place on healthy individuals only to have the insured replaced by someone on their deathbed.  Insurance companies would be out of business faster than you can say “fraud”.  This type of behavior where a disproportionate amount of high-risk individuals seek insurance because they need it the most is known as adverse selection and is combated by insurance companies as much as possible.

Life Insurance Companies Do Not Have To Accept All Clients

An insurance company does not need to accept someone as a risk based on their health.  While it would be illegal for a company to deny insurance based on factors such as gender or race, some people do not fall within acceptable underwriting risk guidelines.  As long as these guidelines are clearly spelled out in company policy, and applied fairly for each applicant, it is perfectly legal for an insurance company to deny coverage for a prospective insured person.  In fact, this happens more often than you may think.  Examples of when this may happen are if a prospective insured has had cancer, a heart attack, a stroke, or is over the acceptable maximum age.  Coverage can also be denied if someone engages in especially risky activity, such as deep-sea diving.  Often times if someone engages in a very risky activity the insurance company will write an exception, or “rider” into the policy excluding death from the activity in question from resulting in a claim payout.

The underwriting always takes place on the insured person.  In almost every case, except for some low-dollar policies and with extremely young clients, an insured person must pass an underwriting review to be considered for insurance.  This review focuses on everything from current health to past health, mental health, and family history.  There is no need to be concerned though, this is normal, and not many people are perfect.  Even if an insured person does not qualify for the very highest rating, affordable insurance can still be had.  For an idea of just how affordable, remember we can compare quotes for you right here at Life Ant.