If you are attempting to plan for your financial future, you may be stumbling on the concepts of fixed and variable annuities. You may be wondering how they will affect your financial situation, how important they are to your financial planning, and if you should obtain one or the other. Therefore, to begin, we will discuss the differences between these two forms of investment and which one may be the best option for you.

The Key Difference Between Fixed and Variable Annuities

A fixed annuity is a contract offered through an insurance company, which is very similar to a bank CD. You are able to deposit a specific amount of money and the insurer agrees to pay an interest rate over a specified period of time. As with any annuity, you are then promised an income stream for life (or a specific amount of time) once the contract is annuitized.  Even the beneficiaries can benefit from an annuity after the annuitant dies.  The key thing to remember about fixed annuities is that they are a very conservative (slow and steady) investment.  You can not lose principal money on a fixed annuity unless the insurance company goes bankrupt.  Fixed annuities are very safe.

One of the positives of a fixed annuity is the interest earned in a fixed annuity will not be taxed until you decide to withdraw the money. There are penalties for withdrawing the money while you are young, however.  If you withdraw the fixed-annuity interest earnings before the age of 59 ½, you will pay income tax and a 10% penalty. Insurers also typically will charge an early withdrawal penalty for withdrawals made within the first seven to 10 years that you own an annuity.  These are called surrender charges.  These withdrawal penalties may start as high as 10 to 12 percent and will usually decline by a percentage point every year until they disappear after seven to 10 years.  Some annuities and life insurance policies have lower surrender charges and some have higher surrender charges.  The schedule is dependant on the individual company and product line.

There are still notable differences between variable life insurance and a mutual fund. A variable annuity has an extra set of fees, which are usually known as insurance costs or mortality and expense charges.  The flip side of this is that many variable annuities can be purchased with riders that guarantee some preservation of principal.  They may even guarantee a minimum rate of return.  Don’t forget, a big reason that people invest in variable annuities over nonqualified mutual funds is the tax-deferred growth.  In this way, it is like a retirement account, but you are not limited in how much money you can save.  Unlike a retirement account, annuity withdrawals are subject to ordinary income tax rather than long term capital gains.

The Tax Differences Between Fixed and Variable Annuities

With annuities, earnings remain untaxed as long as they remain in the contract and are not paid out. Upon withdrawal, earnings are taxed as ordinary income unless the annuity account is a Roth account. To the IRS, you may pay a 10% tax penalty if you withdraw earnings before the age of 59 ½ even if the annuity is nonqualified.

Keep this in mind for nonqualified annuities, if the earnings in the variable annuity are the results of long-term capital gains, then those earnings will be taxed at ordinary income rates. Therefore annuities convert long-term capital gains to ordinary income, which is a substantial disadvantage to investors because it increases the percentage of the gains that go to the government.  However, trading within the annuity is allowed without realizing gains, so the annuity grows completely tax-deferred.  It is an interesting juxtaposition between the two methods, and it is not always easy to decide which will produce higher long term returns.  In general, a properly managed investment portfolio in a regular nonqualified account has a higher expected return net of taxes.  Properly managed is the key phrase here.  Unfortunately, most people do not understand or manage their investment portfolios the correct way.  Overtrading or over-rebalancing, poor investment allocations, improper allocations for time horizon and risk profile, and poor investment performance can dog any portfolio.  Annuities can look more appetizing when it comes to their guarantees.  Annuitants also get the benefits of guaranteed lifetime payments, should they choose to annuitize their portfolio.

The risk/return profile of variable vs fixed annuities is radically different.  A fixed annuity should be viewed as a slow and steady savings account.  Often, they only pay a few percentage points 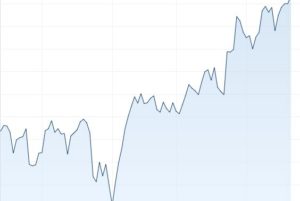 return per year.  However, the risk is minimal.  Life insurance companies guarantee the principal of a fixed annuity, so technically you can only lose money from early surrender or if the life insurance company goes bankrupt (and your State insurance bureau does not make you whole).  Fixed annuities do give you some upside should interest rates rise because the rate adjustment is usually tied to a published rate such as LIBOR (London Interbank Bank Offer Rate).  If you buy a bond or CD, you are locking in your rate.  If you buy a fixed annuity, your rate can adjust up, or down.

The risk vs. return profile of a variable annuity is vastly higher.  Stock and bond investments are much more volatile than fixed interest accounts.  You can control the profile by properly choosing investments, or choosing principal guarantees from the insurance company.  Unfortunately, these guarantees typically come with higher fees, which do impede the long term expected return.  They do lower risk considerably, however.

The fee structure of fixed and variable annuities is very different.  A variable annuity will charge you a portion of the principal value regardless of whether your investment performance is positive or negative.  Furthermore, each sub-account charges additional fees, and each charges a different rate.  Adding riders to a variable annuity can increase fees even further.  Surrender charges also tend to be higher, and last longer, for variable annuities than fixed annuities.

It is important to consider the fees carefully before purchasing either a fixed or variable annuity. There are many individuals out there who are eager to take IRA money that sits in CDs and mutuals funds and roll it into annuities. This is not always a good idea. Even if you want to use an annuity to create a lifetime income using money in an IRA or IRA rollover, you have to proceed carefully to make sure that high fees don’t end up eating away at your earnings.

Understanding the role of fixed and variable annuities within retirement planning is key for preparing for your financial future. Contact a financial advisor or life insurance agent and discuss some of the potential options pertaining to fixed or variable annuities. There are key differences within each of these annuities that make them more favorable all depending on your financial situation and planning. Understanding how they operate and also understanding their drawbacks will aid you with deciding which route to take and ultimately prepare you for your future and retirement.