When a loved one passes away unexpectedly, there could be much dispute over the life insurance policy that they left behind – especially if it has not been updated in a while. For example, let’s say that your husband has passed away and that he has not updated his beneficiaries since his previous marriage, in which his ex-wife could receive benefits. You feel as if your husband would have left money behind for you and may be wondering if you can dispute this and sue for life insurance proceeds.

The Most Common Reasons for Life Insurance Disputes 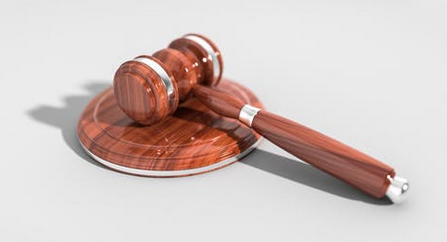 There are various reasons that life insurance proceeds may be disputed, and only some limited situations can be disputed, in which you should speak with an attorney. An attorney would be able to provide a thorough insight into what exactly you can and can not do in terms of suing for life insurance benefits. While each situation may vary, the most common reasons for dispute usually pertain to marriage, divorce, childbirth, remarriage, adoption, and really anything pertaining to a change in the immediate family. These changes can be undocumented in terms of a life insurance policy and can leave many people upset as to why they did not receive proceeds.

Another common reason for a life insurance dispute is when there is a seriously ill policyholder that makes last minutes changes before their death. This is usually when there is a real chance of a dispute, considering that the policyholder may not have been of sound mind when he/she made last minute changes on the policy. Potential beneficiaries may claim that the policy was altered at a time where their loved one was not able to coherently make decisions and that therefore whoever had them change the policy beneficiaries could have been taking advantage of the sick individual. Overall, these are the main reasons that life insurance proceeds may be disputed.

Disputing Life Insurance Proceeds – What are the Odds?

Disputing life insurance proceeds almost always becomes a courtroom issue and becomes a matter for the court to decide. Life insurance companies will not make the decision, because they are unaware of who is legitimate and who is not, which is why it almost always goes to court, in which the judge makes that decision. After evidence is presented, the judge could either rule that the original beneficiaries should receive the proceeds or that the beneficiaries were legitimately updated, in which they will receive the proceeds. At the end of the day, the life insurance company will agree with what the courtroom decides and issue the money to whoever won the dispute.

With that being said, most cases have a difficult time disputing beneficiaries to prove their case before a judge. Insurance policies are signed contracts – which makes it almost impossible to dispute. It is also difficult to prove fraud, in which a policyholder was taken advantage of and was coerced into changing a beneficiary by someone who only came into their life toward the end.

Disputing a life insurance policy is already legally difficult, but the amount of time and money that it cost really makes it that much more challenging. If there is not a positive outcome, all of that time and money goes right out the window, in which you are out money instead of receiving any. While the proceeds are in dispute, the life insurance company places the payout in a trust that is held by the state. In the meantime, there will be fees and taxes that accrue on the payout, and the situation is exceedingly expensive.

For that reason alone, many cases will go to mediation or arbitration, in which they avoid the high cost and expenses associated with disputes or going to court. It also saves you the money that you would lose if you were to lose the case as well. More often than not, the two sides will work out some sort of an agreement and ultimately split the proceeds, which saves everyone from a time and money consuming battle over the payout.

How to Make Sure That There are no Disputes

As stated previously, the process of disputes over insurance proceeds is extremely time and money consuming, which is why you should head off any disputes before they happen. You should review your life insurance policy on a regular basis and should meet with your life insurance agent, which he or she should stay in contact with you and ensure that everything is still in place. It also is extremely important to have witnesses whenever you are making controversial changes, such as changing beneficiaries. This will save trouble over time and ensure that the people you wish to receive your proceeds will, and that there will not be any dispute whatsoever.