Life insurance has been recognized as a way to provide for his or her family, and ultimately was developed to protect against any unforeseen circumstances that could potentially hinder an individual from doing so. State and federal agencies have aided this process by setting limits to the rights of creditors to insurance where the debtor has not intended to utilize this approach to avoid any payments of debt. Since life insurance has become an important and necessary financial planning tool, financial planners need to be aware of the rules. The federal government actually has the authority to collect any unpaid income taxes from life insurance policies. The government is also able to collect disability payments, annuity contracts, and others. 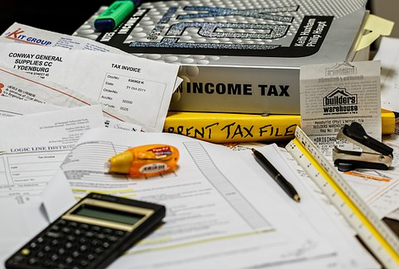 The lien can also be attached to properties that are not accessible to private creditors and state exemption laws are ineffective when it comes to going against it. A lien on the policy will be carried on past the insured individual’s death, which means that the government will take money from the life insurance policy if the money is needed. Having said that, the lien is unable to reach cash values of partnership-owned insurance policies. Also, because government liens apply to any and all policy-owner taxpayer rights, they can also apply to policies that do not have a cash surrender value. The IRS can force someone to sell their policy and then take the proceeds applied to the tax claim.

Liens – When They Attach to Policy or Automatic Premium Loans

With an automatic premium loan, provision is agreed to by life insurance policyholders whenever they acquire their policy or policies. Since this is a contractual provision, the insurer is required to obey and comply with the contract when premiums are not paid. The IRS recognizes this responsibility by providing that the government’s lien is invalid against an insurance company’s policy loan:

Overall, this means that with respect to loans, an insurance company has seniority status over the government or IRS. Along with government status and seniority, the government does have rights pertaining to disability and annuity.

When the government has a lien for income tax deficiencies, it is good only against the cash surrender value of the taxpayer’s insurance policies. Whatever amount is at risk will be out of reach for the government if the state laws exempt the insurance proceeds from creditors’ claims. With that being said, state law will not avert the government from obtaining the tax from a beneficiary spouse if he/she and the deceased spouse file a joint return for the period of deficiency. Both a joint and separate liability is imposed upon husband and wife whenever a joint tax return is filed.

The government will not have a lien if after the taxpayer’s death the government determines that a tax deficiency exists. There will also be no resource, since under IRC Section 6901, against life insurance proceeds payable to named beneficiaries if state law exempts such proceeds from creditors. Usually, state law will not exempt life insurance proceeds from creditors if proceeds are payable to the deceased person’s estate, an administrator, or a trust for the benefit of the estate, such as a beneficiary who has agreed to use the proceeds for estate benefit. A government’s claim against the estate will usually be a much higher priority than that of unsecured creditors.

Overall, the government and IRS can take your life insurance proceeds if you have any unpaid taxes, disability payments, or annuity contracts after you were to pass away. Please talk to a lawyer or accountant to learn of ways to protect your life insurance benefits from the IRS.