If you are interested in obtaining quotes for a new life insurance policy, or would like to purchase a new policy that is not a MEC, please enter your zip code above to get started.

Life insurance contracts are afforded special treatment under United States tax laws.  For instance, the death benefit is tax free (even a MEC). Funded with after tax dollars, the life insurance contract’s value will grow tax deferred until death of the insured, in which case the entire amount can be handed down free of any taxes to the next generation.  Any withdrawals taken from a life insurance contract are tax free up to the total amount of the cost basis (the amount of money put into the policy) with the gain being considered the last part of the contract to be withdrawn for tax purposes (FIFO accounting).  These attractive tax benefits make whole life insurance a popular savings and estate planning vehicle for wealthy individuals.

Effect Of TAMRA (How A MEC Is Taxed)

TAMRA limits were meant to slow this practice by now considering these overly funded life insurance contracts as modified endowment contracts.  Any contract issued after June 21, 1988 which was funded in excess of the 7 pay test limits will now be considered a MEC. TAMRA has significantly reduced the amount of contracts that exceed the 7 pay funding limits.

A MEC will have any gain taxed first on withdrawals (LIFO accounting), which is the opposite of a life insurance contract.  A whole life insurance policy which becomes a MEC will almost certainly accumulate significant gain fairly quickly due to dividend payments. Even policy loans will be taxed, so it becomes much more difficult to access cash within a MEC policy unless the owner is willing to face the tax consequences.  The cost basis of a modified endowment contract is still not taxed, but will be considered to be the last money to come out of a MEC contract for tax purposes.  The gain is taxed as income at the owner’s marginal rate of income tax level.

Penalty On Withdrawals Before Age 59 1/2

Any withdrawal taken before age 59 1/2 is subject to a 10% tax penalty on the amount of any gain in most circumstances.  This is in line with non qualified annuity taxation, and retirement account taxation.  The cost basis is not subject to a penalty just as it is not subject to taxation.  There may be some circumstances in which a withdrawal before age 59.5 is not penalized, such as the withdrawal being under a 72T provision, which allows substantially equal payments to be withdrawn from an annuity, retirement account, or modified endowment contract each year without penalty.  These must continue to be withdrawn until the greater of 5 years or age 59.5.  The consequences of breaking a 72T are significant, and at Life Ant we advise clients to always consult with a tax professional prior to beginning 72T withdrawals. 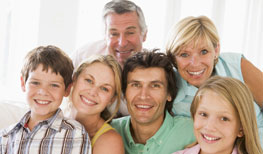 Even if paid by a modified endowment contract, a death benefit can still be passed on to beneficiaries tax free, assuming that the normal requirements for a tax free death benefit under life insurance rules are met. This means that the policy owner and the insured person can not have been the same person of the contract for at least 3 years prior to the claim being paid.

Because the death benefit is still tax free, a MEC is still useful for estate planning purposes.  If a policy owner has no intention of withdrawing the cash value during the insured persons lifetime, there are no consequences of the life insurance contracts qualification as a modified endowment contract.

The total amount of money that can be put into a life insurance contract during the first seven years are determined according to law by the age the insured, the cost of insurance, the health risk rating, and assumptions about mortality rates and current interest rates.  While called the 7 pay test, it is not consequential how many payments are actually made, it refers to the cumulative premium payments that may be made in the first 7 years of a life insurance contract.  Each of the first seven years additional premium is allowed.  If there is excess premium allowed from one year it carries over to the next.  The 7 pay calculation will be given to you by your insurance company, or agent, and a warning will be given if this amount is exceeded.  Generally speaking life insurance companies will allow you to withdraw the excess premium if this amount is exceeded, as long as it is done before the next policy anniversary.  Otherwise a policy will be considered a MEC.

After a life insurance policy is considered a modified endowment contract, it can not be reclassified as a standard life insurance contract again.  This is true even if changes are made to the policy which would otherwise not caused the policy to become a modified endowment contract.  Because of this permanent classification, clients must always be aware of the tax consequences if they are in danger of over funding a policy under TAMRA.