The consequences to millennials who do not purchase life insurance at a young age include an increased risk that they will not be insurable when they attempt to buy it for the first time later in life.  This very real risk is due to the general tendency for people’s health to decline with age.

We think that millennials will be wise to consider purchasing some coverage earlier in life than they currently are on average, which will reduce the risk to their families later in life that they they will be left financially unprotected.

For our study we surveyed 240 self identified members of the millennial generation.  Broken down by sex, 172 of the respondents were males, and 68 females were surveyed.  All members reported that they are college graduates between the ages of 23 and 35.  Survey respondents were not excluded for income or employment status, or marital status.  All data was collected randomly through an online survey agency, and survey respondents did not know that they were taking a life insurance survey until they had already agreed to take it.

This is the breakdown of life insurance ownership ownership by age group according to the results of the survey. 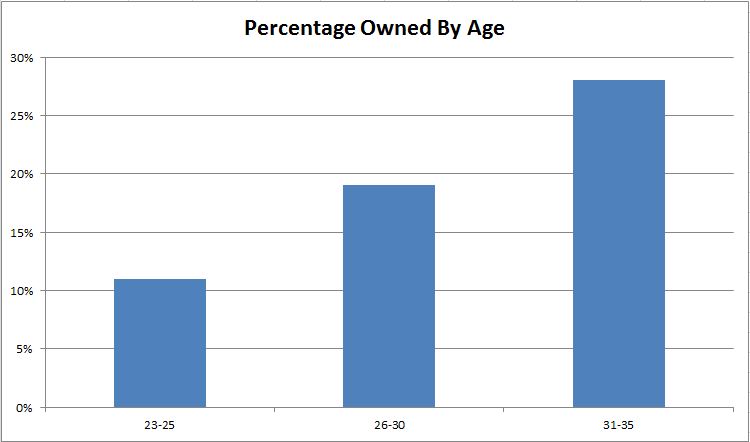 As you can see, the older the person is the more likely they are to own life insurance. The problem is that even among the most likely group to own, those 31-35 years old, only 28% of those surveyed were covered.  This represents a dangerously low level of life insurance coverage, as this group is also most likely to be married and have children.

The survey also revealed a divide between the sexes, with women being the least likely sex to own life insurance of the two.  This supports our earlier finding, that young mothers are among the least likely groups to own life insurance.  Here is the divide between the sexes of the millennial generation, according to our survey. 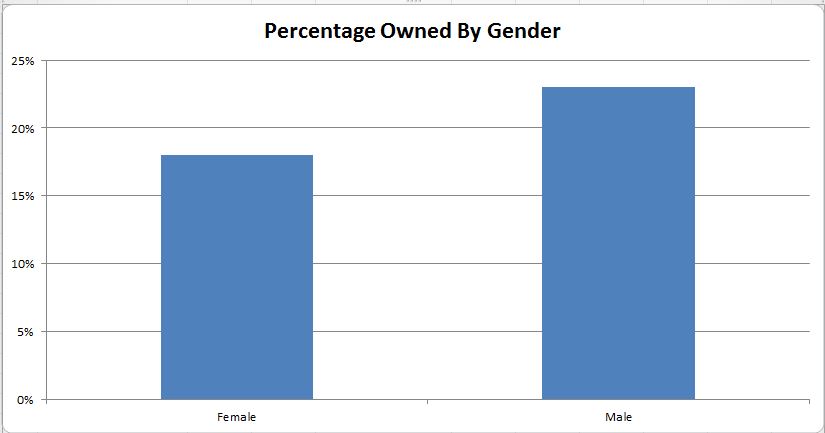 While we can only speculate at the causes, it would stand to reason that a poor job market with lower relative wages has lead this group to forgo spending on items viewed as superfluous to basic needs, including life insurance.  A recent study by Generation Opportunity, a millennial think tank, found that over 15% of millennials are unemployed, which does not bode well for their ability to afford life insurance coverage.

Members of the millennial generation are also marrying and having children later than ever.  According to a recent Washington Post article revealing finds from a study by The National Campaign to Prevent Teen and Unplanned Pregnancy, the National Marriage Project at the University of Virginia, and the RELATE Institute, the average age of marriage is now over 26 years old, and the average age that adults have their first child is now over 25 years old.  Their findings show a rise in the average age of both over time, and a sharp rise after 2008.

We can speculate that less discretionary spending combined with the ever increasing age of marriage and childbirth have led to lower life insurance purchasing rates by this age group.

Whatever the reasons, the results represent a serious risk to this young generation.  Those who are under insured with families put their families ability to support themselves in serious jeopardy should something happen to them.  Those without families run the risk that they will not be able to obtain coverage when they need it.

Traditionally, people would purchase life insurance when they are very young.  This ensures their ability to obtain coverage because they are most healthy at a young age.  By pushing back the age at which they purchase insurance, they run the risk that health issues will prevent them from obtaining the coverage they require.  For those that do remain insurable, coverage will almost certainly be costlier because coverage is more expensive when the insured person is issued a policy at an older age than if the same policy was issued at a younger age.